Everything you need to know about Modernism in Art

Starting at the end of the Victorian era (i.e late XIXe century) and culminating after WWII, Modernism is the most influential philosophical, cultural and artistic movement of the XXe century’s in Occident.

Endeavoring to reject traditions while exacerbating a search for progress and innovations, artists had been experimenting a succession of new techniques and material uncommon to the art world. Following the XXe century majors political and social events, artists from this period marked a net change from what used to be created by getting closer to the people’s reality.

Since Courbet’s realism, Modern artists’ practices arose from a need to convey human’s emotions towards a more metaphysical and abstract vision. During this historic period, even though several artistic styles came successively into contradiction, artists brought a new way to look at the world, extolling technologic innovations and craftsmanship within Fine-arts.

Painting and painters tremendously influenced, if not lead, Modernism in art. To better understand the evolution of artistic gesture and the social changes happening from late XIX to the 60’s, we will review the major styles bearing Modernism art.

Modern art roots itself in the late XIX’s Realism, an artistic movement initiated by Courbet in France and adopted by artists such as Manet, Millet, Leibl, Meunier and Fildes in Europe. The catalyst was to reject mythological evocations and historical representations in art, displaying instead subjects of daily life to become closer to the real world. In a context that sees the emergence of photography, the rise of socialism and positivism’s ideals, realism in painting but also in literature (Zola, Balzac, Flaubert) contributed to blur categories and hierarchies within the arts.

Following this willingness to get closer to the real world while rejecting established styles, artists like Monet, Renoir, Pissarot and Sisley were the first to paint outside -  in nature, to catch the light and to instantaneously reveal on canvas the sublime of the paysage. Their artistic techniques encouraging roughness and lifelyness in their brushstrokes appeared as very abstract for the period. Aiming to capture the moment, they kept the name of Impressionist from the mid 1870’s till the mid 1880’s and marked the first change in the early history of modern art.Post-impressionism.

Less focus on what they saw but more on what they felt, post-impressionists did not revendicate themself as a group. It is only  in the 1890’s that art critics associated them as a movement due to their common experimental way to represent the world. For instance, Van Gogh’s “Nuit étoilée” depicts bright whirlwinds in a nocturn scene, or Gauguin’s “Yellow Christ” distorts perspectives, presents anacronic elements and folkloric attributes borrowed from Symbolism. Eventually, Cezanne’s squared perspective of the Montagne Sainte Victoire set up the ground for cubism.

Building on the post-impressionists’ methods and  inspired by Gustave Moreau’s theory relating the expressive potency of pure color, Matisse and Derain initiated in the early 1900’s a new courant in painting: The Fauvism. Joined by Vlaminck, Camouin, Van Dongen and Puy, the group get their name during their first exhibition at the Salon d’automne (1905). The art critic Louis Vauxcelles nicknamed them the “wild beasts” (Les Fauves) to depict the non realistic colors and the wild loose dabs displayed on the group’s works. With a specific interest for colors’ theories developed in the 19th century and for simple shapes, the Fauvism stood as innovative and as a stepping stone for the development of later art movements.

From 1907, the Cubism marks a turning point in art history. Leaded by Braque and Picasso, this movement name relates to the squared shapes and flat dimensions they adopted in their painting. Influenced by tribal masks, Picasso claimed that “a head is a matter of eyes, nose, mouth, which can be distributed in any way you like”. By breaking their subjects down into disparate areas the artists generated infinite possibilities to represent the reality and was the starting point for the following abstract movements.

For instance the Suprematism, a movement initiated in 1913 and exclusively represented by Malevitch, pushed even further the usage of geometrical shapes. Malevitch’s Black Square (1915) was a radical shift between representational and abstract painting. Key in Modern Russia, Suprematism was associated with the 1917 revolution, however Malevitch’s career languished with Stalin’s imposition of social realism bringing back figuration and political control within art in the East.

Inspired by Picasso’ quadratic perspectives and Malevitch’s geometric abstractions, Vladimir Tatlin and Alexander Rodchenko formed the Constructivism in 1915 in reference to the industrial material and social messages they were promoting. Aiming to get closer from the industrial world, constructivism celebrated technology and progress and was greatly adopted by Bauhaus’s artists and architects such as Kandisky and Moholy-Nagy. The courant was suppressed in Russia in the 1920s but its success in the West - especially within the Bauhaus. It significantly influenced sculpture, design and architecture worldwide.

In 1917, Piet Mondrian and Theo van Doesburg, also teachers at the Bauhaus get inspired by this art “geometrification” and give to their tri-color paintings the name of “De Stijl “ literary “the Style” in dutch. De Stijl had a great influence on art due to Mondrian’s and Van Doesburg’s position at the Bauhaus and their philosophy completely aligned with the “modernist” vision. De Stijl belongs to those art movements which influenced a lot architectures and design furniture and still generates  a lot of enthusiasm in our contemporary time.

From 1914, the horrors generated by the WWI brought a new message in art. With the aim to reject all the visions which have been represented by art creations since the beginning of the century, Tristan Tzara, Hans Arp and Sophie Taeuber lead a caustic and anarchic group of artists in Europe. In 1916, the “Dadas” born in Zurich aimed to generate an art without delusion for progress - rejecting socialism, poetry, beauty, or any intellectual refinement.

The following year Dadas bear their alienated concept in Europe and USA through several performances including literature, dance and drama. Their art is satirical and inherently nonsensical. In 1920, the movement is panting due to a trial they get after the “Paris’ Dada Festival”. The idea of justice and law court being quite mocked by the Dadas, the process sows discord within the group and the future surrealists (Breton, Picabia, Aragon..). In 1923, the movement officially shuts down during a performance set at Tristan Tzara’s theater.

Fed by Dada’s performative gesture and rooting itself in De Nerval’s Naturalism, Mallarmé’s Symbolism, Jean Paul’s Romanticism and eventually Picasso’s Cubism, the Surrealists tend to represent the ineffable in reality. In 1924, Breton defines in his manifest the Surrealism as a pure psychic automatism through which Art as an expression of  the psychic without any sense of control, reason or moral concern. Close to Freud’s free association concept, Surrealism tends through paintings, movies, poetry and performances, to highlight unconscious presence within our reality.

Incarnated by Salvador Dali’s oniric landscapes, Breton’s collages, Max Ernst’s mysterious photographs and Picabia’s scoffy paintings, the Surrealism influenced artists all over the world and remain vital in art today. In the 1960’s the movement loses its strength and we can consider it ends with Andre Breton’s death in 1966.

Due to political instabilities in the 1930s, several leading european artists left Europe for the US. In the 1940’s emerges the “Abstract expressionism”, a group of artists bringing in art - mostly painting - emotional intensity, expression of the self and post war mood. Greatly influenced by the surrealists’ use of myth and archetypal symbols, Jackson Pollock, Mark Rothko or Barnett Newmann express their spontaneous, automatic, and subconscious gestures. For the first time, New York becomes the artistic hub of the western world, hitherto monopolized by Paris. Pollock’s impulsive strokes, De Kooning’s distorted shapes and Clyfford Still’s broad color swatches embody the movement which roughly ends in the 50’s.

In the 60’s, rejecting the dramatic excess of the abstract expressionists, a group of artists call for a focus on the material, a withdrawal of the self and dismiss “fine arts”. Shaped in Bauhaus’s philosophy, Minimalism tends to make art distinct from the need to represent reality: the form of the work and the medium is the reality. This reasoning is perfectly epitomized by Franck Stella’s “Black Painting”, realized with very cheap mural painting to demonstrate that “What you see is what you see”.

With a focus on rupture and innovation, Modern art sets the ground for contemporary practices in art today. For instance, there are several examples where technology and art are combined together to push the limits of creation.  e.g. the French collective GAN who sets a record at Christie’s in 2018 with a portrait realized by an AI, or the works shown at “Artists & Robots” in Le Grand Palais focusing on data processing and robots -i.e Manfred Mohr who refreshed Malevitch’s cubes in his animated geometrical shapes displayed on screens or  Nils Udo’s installations, pioneering environmental art, by using found materials such as plastic, the iconic substance of our today industry…

All and on, contemporary art is the results from all these movements. It has been shaped by time, social politico context and science but most of all by artists’ daring spirits.

Iconic Italian designers and their masterpieces 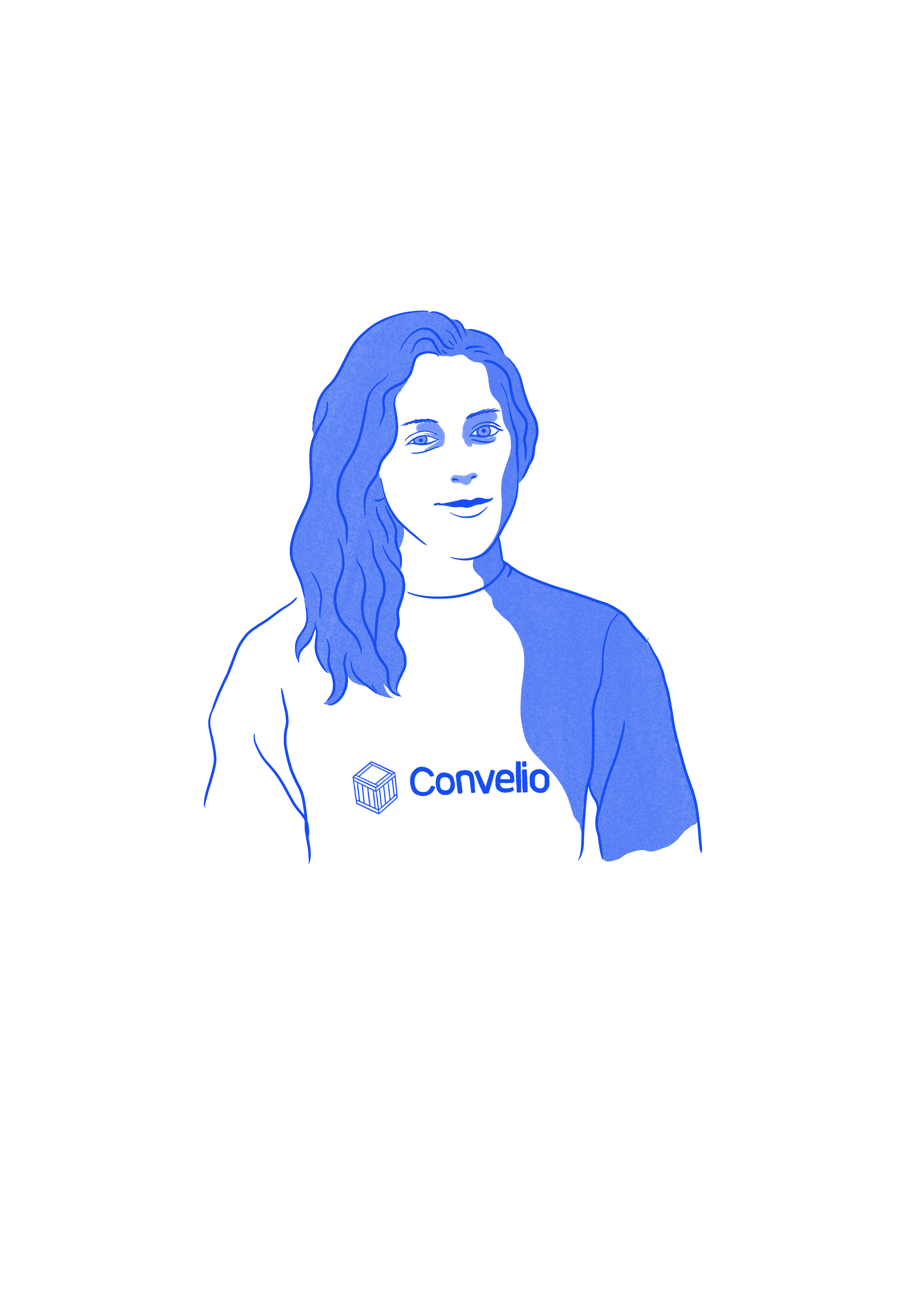 The History of Caned Furniture