TEFAF Maastricht, which has been standing out as the most significant fair for fine art since its creation in 1988, ended its 33th edition on an unexpected note. Indeed, the 275 dealers coming from all over the world to exhibit masterpieces ranging from modern and contemporary art, to photography, jewelry, and design, were made to return home 4 days before the official closing date after an exhibitor tested positive to the COVID-19. The coronavirus panic certainly decreased the number of visitors - many museums in the US chose not to send representatives and American and Chinese collectors obviously forsook the fair’s aisles. However, other collectors gave new homes to major pieces and several European dealers recorded sales in the millions. Among the prestigious visitors, TEFAF 2020 greeted Tristram Hunt, a former Labour Party MP in the UK government and the current director of the Victoria and Albert Museum (V&A) in London. Hunt was discovering the fair for the first time. He expressed a great interest for Delftware, a Dutch tin-glazed earthenware. 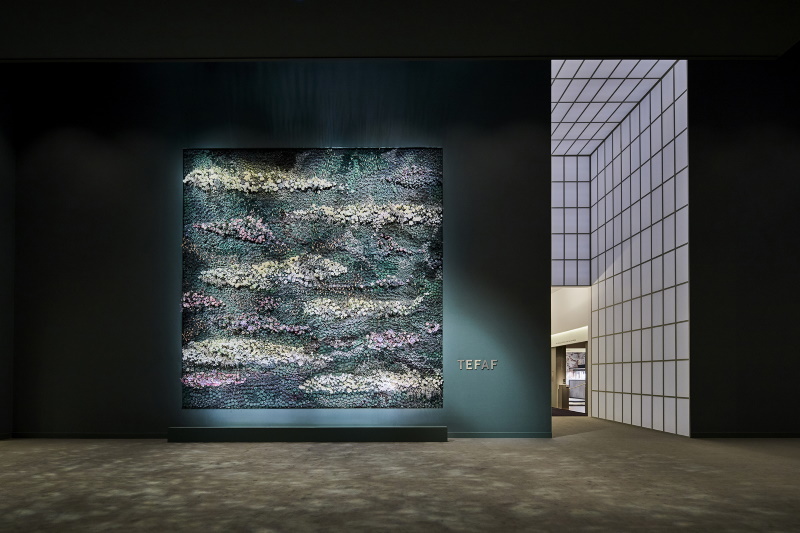 V&A’s team of curators kept their journey going in Daniel Katz’s booth (London) where they found themselves quite interested by the small sculptures presented. Although they did not purchase at Katz, they did feel inclined to buy several antiques from European collectors such as a Jean-Antoine Houdon’s Bust of Georges-Louis Leclerc, Comte de Buffon (1789) and Bust of Jean-Jacques Rousseau (1788), a pair of sculpture busts depicting major figures of the French Enlightenment and being offered for €3 million ($3.4 million). The Paris-based Galerie Talabardon & Gautier attracted attention by juxtaposing Ernest Quost’s painting Landscape with Female Bathers (ca. 1890), priced at €78,000 ($88,500) with Prosper d’Épinay’s sculpture bust Françoise de la Rochefoucauld, wife of Claude d’Épinay (ca. 1880), offered for €85,000 ($96,500). The gallery assistant regretted that the two works were not sold together, since the effect created was similar to Isaac Oliver’s famous Jacobean portrait Sir Edward Herbert, later 1st Lord Herbert of Cherbury (1581/2–1648) (ca. 1613–14). 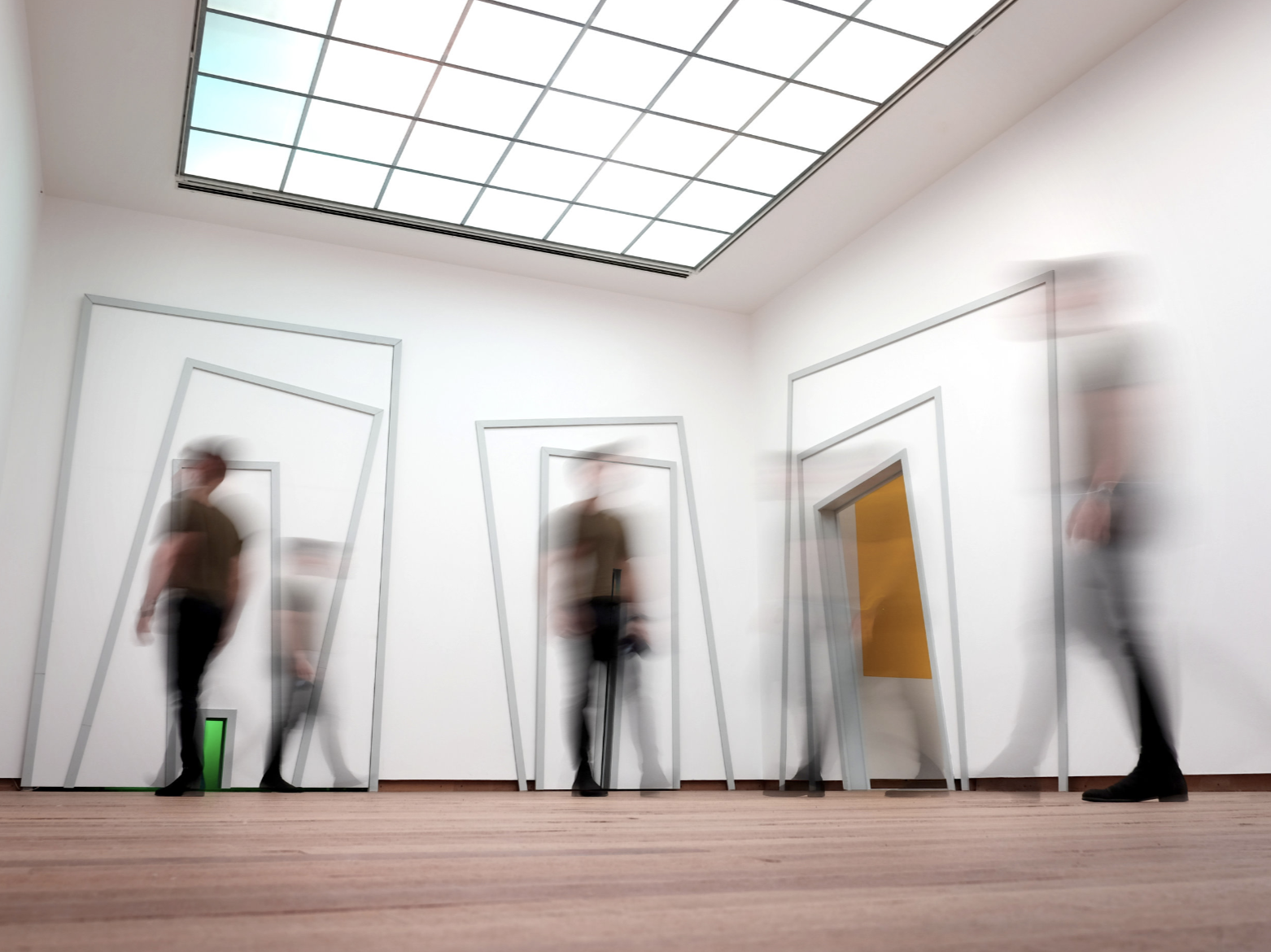 This year’s edition also showed a great enthusiasm for photography. The norwegian Gallery K got all the attention and sold for nearly €2 million. Among the pieces that had been traded at his booth, we found Thomas Struth’s ALICE, CERN, Saint Genis-Pouilly (2019) and Andreas Gursky’s James Bond Island Triptych (2007). The gallery was proposing a grid of nine photographs by Bernd & Hilla Becher , Winding Towers (1967–82), which sold for € 260,000. 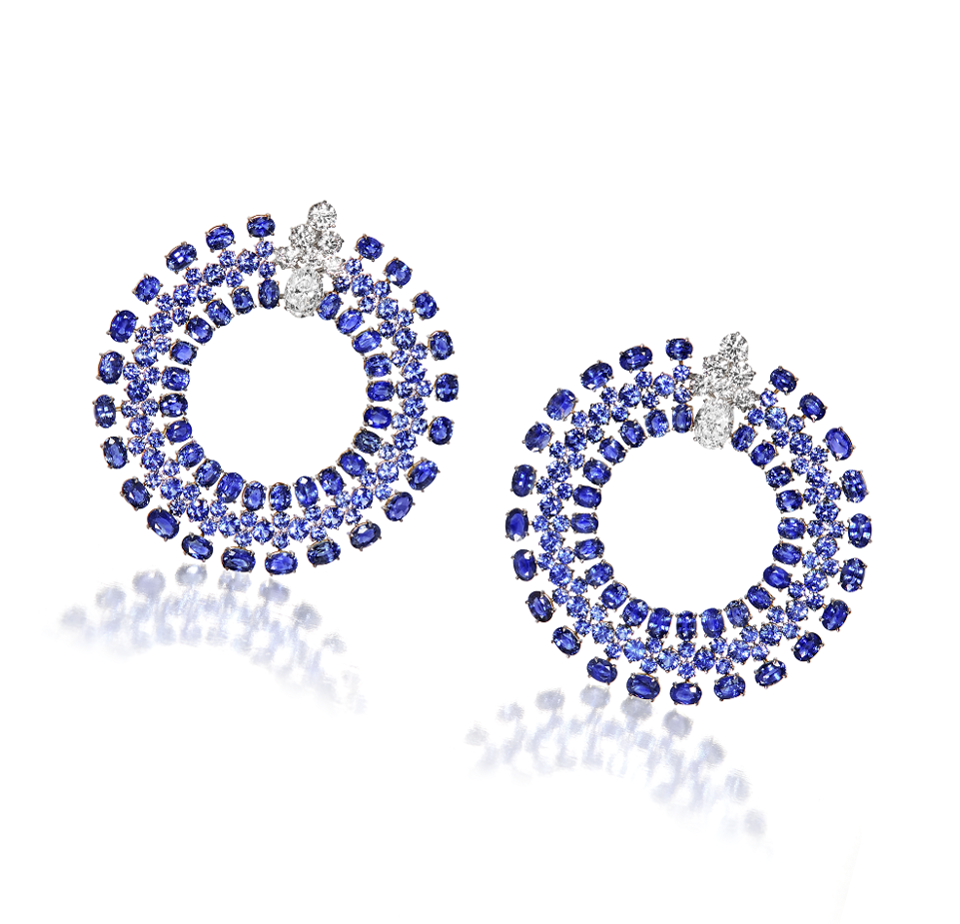 From the jewelry section, the sales reached dealers’ expectations. Among them was Viren Bhagat, the Indian high jewelry artist, who created 30 pieces for TEFAF that he sold at a slightly below market price. From the modern art side, New York’s Hammer Galleries surprised the visitors with an incredible collection of impressionist and post impressionist works. The gallery brought out from its collection a major painting, Three Dancers in Yellow Skirts (ca. 1891), from Edgar Degas, not shown since 1969 and displayed at a beginning price of € 37 million. The dealer boasted that it was the major piece at the fair, since it was a piece that he found 50 years ago, whilst travelling the world and meeting figures such as Lenin. Last but not least, Hammer sold a significant piece from Van Gogh, The Bois de Boulogne with People Walking (1886), priced between € 8 and € 10 million . The painting was rediscovered in the late 1970s behind a door in the house of a heir of the famous collector Albert Aurier, who “washed it with Savon de Marseille” and “saved it from a bonfire.”Another work from the most influential post-impressionist painter was sold at the London-based gallery Dickinson. Peasant Woman in front of a Farmhouse) (1885), had a price tag ranging between € 12 and € 15 million.

No doubt some other masterpieces were in the process of being sold, but the negotiation will have to take place at another place and time.